Open-plan offices have been a normal part of office life for decades and continue to be the ‘go to’ layout for workplaces. Yet studies are increasingly showing that there are many problems associated with this more communal style of office space.

Having so many employees together in one room was originally thought to be a good thing as it would increase communication between them, but as researchers at the University of Sydney have discovered: “Benefits of enhanced ‘ease of interaction’ were smaller than the penalties of increased noise level and decreased privacy resulting from open-plan office configuration.”

We take a look at the top 5 problems associated with open-plan offices:

Sometimes people need to get their heads down and quietly get on with their work. At other times, they need to ask a colleague a question, or make an important or sensitive phone call. Or maybe they just need to take a quick break and want to have a chat. The problem with this in an open-plan office is that everyone’s needs are different, and someone suddenly talking will disturb other colleagues who’ve just settled down to an important task.

New sound masking technology has been developed that can help address the problem of noise in open-plan offices, and it’s fairly cheap to install. Sound masking is different to white noise in that it’s more than just an ambient sound. It’s actually engineered to make conversational interruptions less distracting, giving every staff member more privacy from other people talking, at the same time as giving them more privacy when they are the one talking!

Noise has a significant effect on people’s ability to focus on a task. The intermittent talking that people find most distracting can have major repercussions for productivity. One researcher’s meta-analysis of nearly 250 noise studies found that it’s the variation in the volume and rhythm of talking that affects performance. And given that it takes around 23 minutes to refocus on a task once you’ve been interrupted, any break in focus is going to impair productivity.

The lack of privacy in open-plan offices is actually making workers communicate less. Conscious of the fact that anyone can listen in to anyone else’s conversation, people have become reluctant to talk, whether that’s on the phone or to colleagues in the office. Studies have found that people who move from small offices to open-plan layouts consequently spend 73% less time talking face-to-face, whereas the use of emails and electronic messaging rises by 67%. This lack of privacy means staff members can think they’re being watched all the time, which ultimately leads to job dissatisfaction and less engagement.

Workers in open-plan offices are more likely to suffer from health-related problems. One study found that, when exposed to typical open-plan office noise levels, participants had raised adrenaline levels which impaired their ability to concentrate and resulted in a loss of motivation.

Researchers also noticed that participants were less aware of their posture, which is likely to result in musculoskeletal problems later on.

Then there’s a problem with germs. A survey by Canada Life found that workers in open-plan offices took more sick days than home workers – an average of 3.1 days a year compared with the 1.8 days taken by those who work remotely. Another survey carried out at the Copenhagen National Research Centre for the Working Environment concluded that the more people in the office, the greater their chances of becoming ill.  Compared to those working in single person offices, those in offices shared between 2 took 50% more sickness days, those in 3-6 person offices took 36% more days and in open-plan offices that figure rose to 62%..

All these problems combine to result in a loss of productivity. With the distractions of noise, the inability to focus and the feeling that someone’s always looking over their shoulder, plus the increased chances of becoming ill, people working in open-plan offices are less motivated.

In fact, a review by researchers at Salford University found that, “issues of acoustic comfort and privacy have been identified as significant issues impacting on occupant productivity”

Maybe the open-plan office wasn’t such a good idea after all, but while it remains the norm, there are measures you can take to counteract the negative effects. Contact us if you are interested in installing sound masking technology.

We have over 15 years experience installing audio-visual equipment

GET IN TOUCH WITH LEWCON

How we CAN help you 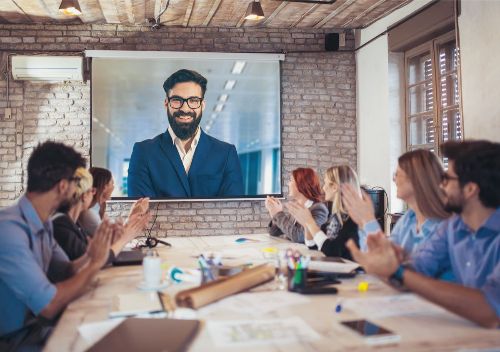 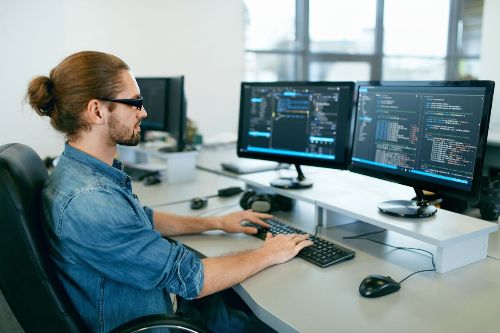 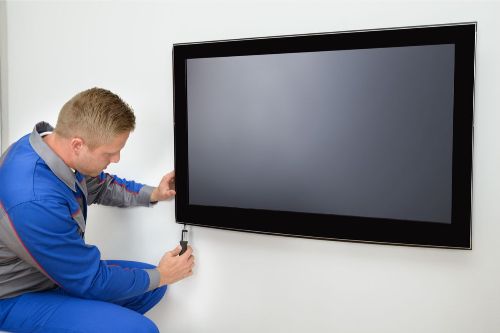 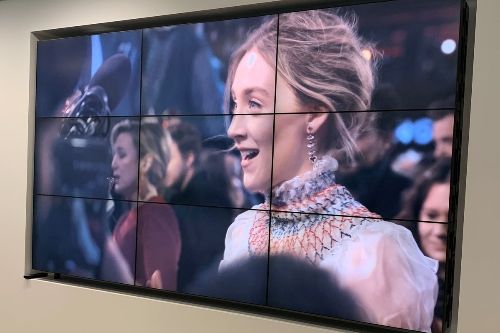 Throughout the whole process, Lewcon accommodated our needs with speed, flexibility and technical knowledge. Whether the project was in the UK or Europe, the team ensured it was delivered on time and within budget. I will continue to use their services for the foreseeable future and will happily recommend them to other organisations. A huge thanks to everyone involved at Lewcon.

I was contacted by Connor from Lewcon regarding our Audio Visual needs. Connor and Lewis listened to what we wanted to create and designed the perfect system for our budget. The quality of work was brilliant and the installation team did not leave each site until we were happy with the set up of the system. The reactions from our staff have been fantastic. This has not only saved us money on flights and hotels it has also engaged our staff across different countries.

Lewcon’s ability to resolve our issues and source the right solution we wanted, in spite the technology being discontinued was excellent. They accommodated our needs all within the budget set for this project. I can’t fault their service and will definitely be using them again

Malcolm ButlerSenior AV Programmer and Planner, The University of Bedfordshire